Biography profile of Yuveer on Imbewu

Known as: Yuveer on Imbewu

Yuveer on Imbewu real name is Zahir Bassa. He is South African born Actor and Filmmaker. His date of birth is 1986, age 36 years old. The Imbewu actor comes from Durban KwaZulu Natal in South Africa. When growing up, at the age of 15, he gain too much weight. He weighed 115kgs. Being fat was not the only problem, he was a stutter.

He was a black sheep at school as well in their family. Due to his overweight and stummering he began to loose his confidence. So to gain that confidence, he started to exercise and lost 43kgs within 6 months. Also, he joined drama at school. After loosing some weight he was so confidence about himself.

He attended high and primary in Durban. Following in his sister’s footsteps who studied medicine, he went to University after passed his matric and studied Chiropractor.(
A chiropractor is a health care professional focused on the diagnosis and treatment of neuromuscular disorders, with an emphasis on treatment through manual adjustment and/or manipulation of the spine.)

After sometime studied to be chiropractor, he realized that it’s not interesting. He left chiropractor and studied motion and picture.

Zahir Bassa’s parents were doubting his choice to pursue career in acting. Anyway, he got the support he needed and became a filmmaker and artist. The film called the Dark Knight inpired him so much. 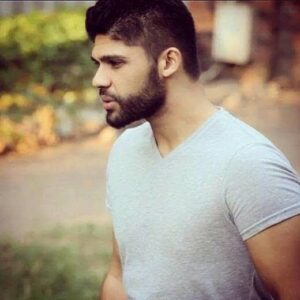 Zahir also created his own company called Ambassador Media in 2011 where they produced Glen SA. Just because of his surname Bassa, the company was founded upon it. The word Bassor is in middle of syllables of Am-Bassor-dor. Thats how his inpired him to start Ambassador Media.
Not so long, he launched his own show called Review Bru. You can found it on social media such as Facebook .

He first appeared on Tv in a international series called Homeland. In the series, Homeland, he potrayed a character as Quidir, a CIA undercover hacker. The role he played in Homeland was his breakthrough into television industry, with the fact that it was shoot in United States of America. He was a starring in Himmat as a Groom in 2015. Himmat was directed and written by Valencia Joshua. Again in 2015, he acted on Uzalo as Richard Davis, a businessman.

Also he starred in Fruitful Emission as Rashid alongside Rizelle Januk(Imaan). In 2017, he acted in HG’s show as Karen, the Lawyer. “In the film, while, his parents are going through a divorce, a gay adolescent is haunted by a mysterious presence, and he can’t manage to express his emotions to his best friend or persuade his family to listen to him. When the shadow discloses to him a worse secret that his family keeps hidden from him, his world flipped upside down. ”

Currently Zahir is acting on Imbewu where he got a recurring role as Yuveer Mahaj on Imbewu. 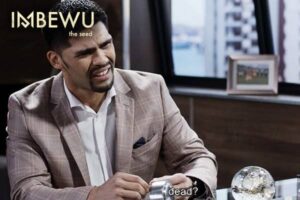 He loves cooking so he enjoys being in the kitchen while not on set. In the kitchen he would cook food that fit his lifestyle and nutrition. Cooking is therapeutic to Zahir.

So far there is no information he shared about his relationship status. We don’t know yet if he is single or married or even in a relationship