Biography profile of Amahle from Uzalo

Known as: MaBusi on Umkhokha or Amahle from Uzalo

Amahle from Uzalo or MaBusi on Umkhokha real name is Hope Mbhele. She is a South African Actress and Radio personality as well as businesswoman. Her date of birth is on 5th of 1996 which means she is 26 years old as of 2022. The Umkhokha actress is from Umthwalume, Portshepstone, Kwa-Zulu Natal. A first born among four other siblings.

She earned a Business Degree from a top university where she studied. She went on to get another certificate in Drama later on. 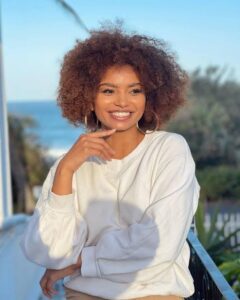 Career journey of MaBusi as an Actress and Radio personality.

Her mother was hosting a show on local radio in KwaZulu-Natal, and she was listening to it. It was evident where she wanted to go by the time she was shadowing at Ukhozi FM as part of her schoolwork in grade 12. She had the opportunity to work in the station’s library as well as in the theatrical department.

Also read: What transpired to the killing of Zimbabwean man, Elvis Nyati?

Mbhele had the opportunity to join Ukhozi FM after matriculating, but she chose to travel to New York to learn more about life and the globe. She learned the art of hustling there since she knew she would have to sleep on the streets of New York if she didn’t have a job. Fortunately, she was able to find work at a Nigerian law firm before returning home.

She got a position at Gagasi FM as a social media person for an afternoon drive show hosted by DJ Naves and Sphectacula when she was still studying. She subsequently became a stand-in presenter for anyone who was unable to do their shows until she was offered her own position at the station. She also took a few acting and voice-over classes.

Career in acting of Hope Mbhele

She won a part with Showmax in the film Goodbye Gogo, which also stars veteran actor Thembi Mtshali-Jones.

Hope Mbhele made a memorable debut in the Umkhokha faith-based film series. Mzansi Magic broadcasted the film series. With the manner she portrayed the part, she made a great effect on viewers and behind-the-scenes personnel.

She portrayed MaBusi, a competent medical doctor who was set to marry a man named Sphamandla, who was played by Nay Maps.

Currently, Hope Mbhele is acting on Uzalo. She is potraying a character as Amahle on Uzalo. 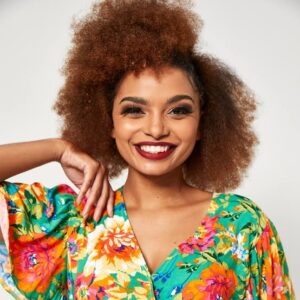 Other interest Hope is pursuing

She used to be very hands-on in her mother’s taxi business as a kid, studying the best ways to run it. She now owns four personal taxis.
Youff Magazine is Hope’s personal publication, aims to encourage young women and men.

No information she revealed about her relationship status. To be updated if available.

Hope who has been outstanding in every field she ventures in, has accumulated an estimated net worth of US$100,000-US$350,000.