Grace Mahlaba is well known South African Actress, Head Writer and Producer. She was born and raised in Alexandra, Gauteng.

Known as: Ipeleng from Backstage

South African Actress Grace Mahlaba was born and raised in Alexandra. The actress is best known as Ipeleng from Backstage. She worked as Creative Producer on Scandal and later was appointed as a Head Writer of soapies on e.tv. Her mother raised her and her brother after their father passed away. Also she is multilingual and speaks 9 South African languages. 1
Her favourite home-cooked meal is steamed vegetables.

Being a celebrity hasn’t changed her, but it has altered how people perceive her – they take her more seriously.

She enjoys her life now because she is more relaxed and patient. Grace defines relaxation as chatting with her children or listening to music.

Strong women, such as her mother, inspire her. She’s been doing a lot more reading lately, especially health books. She has also been redecorating and architecturally redesigning her home. She enjoys deco shops, mixing and matching items, and has been on a renovation spree.

Mahlaba always wanted to be an actor so she worked hard to achieve that. She began acting while very young. At the age of 8, she and her friends created a drama called Umona. The play was acted for fours years in schools and halls.

Although the community where she grew criticized acting she didn’t give up because of them. She went to Morroco which is in North Africa where she acted on “Being Human”. Also she co-starred with Robin Williams in a comedy film. 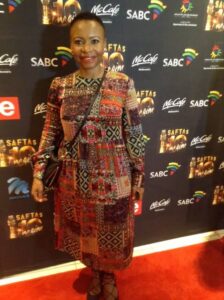 She has a daughter who is believed to belong to Vusi Kunene. Grace and her daughter who was 17 years in 2014 took Vusi Kunene to court to pay maintenance. The daughter was suing his father for abandonment while her mother claimed R5 000 for maintenance every month.

It’s not yet known who is her husband besides her ex husband Vusi Kunene. Definitely she might be married and has other kids.