Jailoshini Naido is a South African Actress, Voiceover artist, MC, Teacher, Businesswoman, Radio presenter and Television presenter. She is proudly a beautiful Indian woman, born on the 16 April. Her actual year she was born is unknown because she never shared about it. On the 16 of April she always thanked everyone for wishing her birthday. She grew up in Chatsworth in Durban. Also she studied drama and art in the University of Durban. After she obtained her degree she became a teacher for drama and arts. In their family, she has two sisters and one brother. 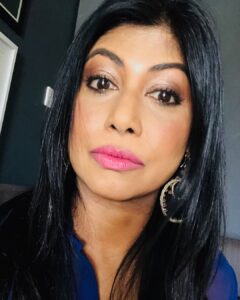 How she end up in acting?

She started acting in theaters and her popular name at that time was Aunt Rumba. As well she was part of a comedy drama called ‘Keeping Up with the Kandasamys’ playing Jennifer. 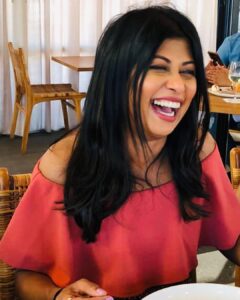 Keeping Up with the Kandasamys (2017)