Jannes Eiselen biography: age, career, and cause of death.

Jannes Eiselen who was known as Dufresne on Black Sails. He was born 21 September 1980 and died 23 September 2016.

Known as: Dufresne on Black Sails

Jannes Eiselen was an American actor. He was born 21 September 1980 in New York, United States of America. When he was young, he moved in South Africa in Johannesburg. Educationally, he went to University of Pretoria where he studied his degree in Drama in 2002.

He was best known for his role as ship’s quartermaster Dufresne in the first season of the Starz pirate drama Black Sails. 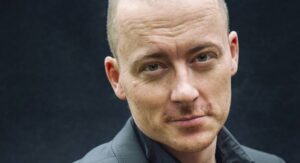 He also took on a challenging lead role in Discovery Channel’s acclaimed docudrama series, ZERO HOUR, alongside Clive Standen. In this series Jannes had to call on his outstanding aptitude for accents to portray Captain John Laverty of the Irish Rangers, held Captive by Sierra Leonean rebels in 2000.

He made a memorable impact as the Scottish character Kerrin Edwards in Skeem Saam.

His international screen career included roles in Zero Hour and The Sinking of the Laconia, while he excelled in the role Dufresne the Quartermaster in the first season of the international pirate series Black Sails. Sadly, Jannes was forced to withdraw due to illness and had to be replaced for the second season.

He previously had a starring role on the SABC2 medical drama series Hillside.

Jannes Eiselen cause of death

He was diagnosed with a brain tumour in 2010, Jannes died on Friday 23 September, 2016 after a long illness. He had turned 36 two days prior to his death. And left his wife of 8 years.