Known as: Rajesh Kumar on Isindingo or Maharaj on Imbewu

Maharaj on Imbewu whose real name is Jack Devnarian is a South African Actor and former Police officer. He was born 9 February 1971. Growing up in Tongaat, a small town north of Durban in the KwaZulu Natal Province of South Africa. His mother, who was a theatre teacher, reared him in Tongaat. With a mother who taught theatre, Jack was able to grasp the majority of acting abilities before pursuing a career in the industry. His place of residents is in Johannesburg. Jack is married to Pam Devnarain and they have two children together.

While studying Law at the University of Natal, Jack began his acting career in Durban, participating in community theater. He worked for the Police Service for nine years after graduating in 1993, completing jobs in the Rapid Response and Crime Prevention sections and obtaining commendations for his arrests and convictions. Throughout his police enforcement career, Jack continued to act in films, television shows, and stage performances.

He came to Johannesburg in 2002 to pursue a career as a professional actor, and has since been in a number of television and film productions, including the heist action thriller 31 Million Reasons, for which he received a SAFTA nomination for ‘Best Lead Actor in a Feature Film.’ He has won various honors for his work.

Being a part of the Trek4Mandela crew that summited Kilimanjaro on Mandela Day 2015 in an effort to raise donations for Caring4Girls was a career highlight. Jack has been a member of SAGA’s Executive Committee since 2010, and he is devoted to fostering solidarity throughout the performance industry.

As an ambassador for Crime Line, Jack routinely aids with charity fundraising and is committed to law enforcement activities.

Maharaj “Jack ” series he appeared on.

Jack Devnarain is a South African actor best known for playing Rajesh Kumar in the SABC3 soap opera Isidingo for over a decade.

City Ses’la, 37 Honey Street, Home Affairs, Kompleks, and Snitch are some of the other television shows in which he has appeared.

He also appeared in the SABC3 comedy series On the Couch as Dev.

Jack confirmed his retirement from Isidingo on Thursday, February 8, 2018. He was a 15-year veteran of the show.

He made his television debut on Friday, June 1, 2018 in the e.tv soapie Imbewu: The Seed, playing the wicked Sanil Maharaj, a ruthless businessman with a reputation for merciless corporate takeovers. 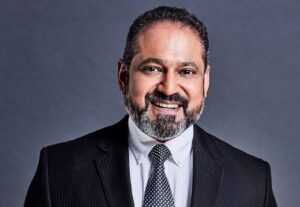 Movies he appeared on

Jack has appeared in a lot of films since his debut in the industry. In 1996, he portrayed an anxious Sikh in the film The Ghost And The Darkness. In 2011, he co-starred alongside Rahul Brijnathi in the film 31 Million Reasons as Ronnie Gopal.

The film 31 Million Reasons was partially based on a true story of one of South Africa’s largest robberies, and it featured cops, robbers, and Bunny Chow. Ronnie (Jack Devnarain) and Jugs (Rahul Brijnath), two Chatsworth cops, devise a scheme to steal 31 million rand from a cash deposit facility. The stakes are high when cops are charged with investigating their own heist.

Then, in 2021, he co-starred in Alleyway opposite Luthuli Dlamini and Bheki Nkosi as Dr. Hakeem. In Alleyway, an undercover officer is let free after being unfairly imprisoned for exposing a scheme that resulted in the deaths of hundreds of HIV-positive patients. MayFair, in which he played Jalaal, Reyka, Florida Road, Tornado And The Kalahari Horse Whisperer, The Eastern Bride, and Liberty, in which he played Mr Bhandari