Known as: Letetswe on Skeem Saam

Mahlatse Moropo who is known as Letetswe on Skeem Saam is a South African Actor, MC, Choreographer, Dancer and Voice Artist. He was born on the 18th of November 2003 in Polokwane, Limpopo province in South Africa.

The Skeem Saam actor is a grade 11 learner at Northern Academy Secondary school. 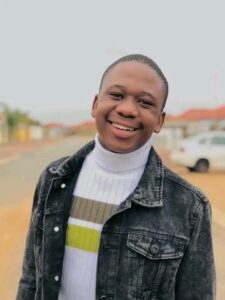 Although he is still in high school, he began acting at a very young age. At the age of 10 years old, he started acting. He acted in drama for Gender Based Violence by Our Cry production.

In 2021, he got a role to play on Skeem Saam which is aired on SABC 1 weekdays at 18:30. On the drama series he potrays a character as Letetswe (Lekunutu’s son).

This young celebrity shoots in Johannesburg on weekends and has big hopes for his career in the entertainment industry.

Mahlatsi expressed his gratitude to be at a school where not only his instructors, but also his peers, are supportive of his profession in a radio interview.

Besides acting Mahlatse is Dancer and MC as well. People who are can book for an MC on his social media platform such as Facebook, and Instagram. 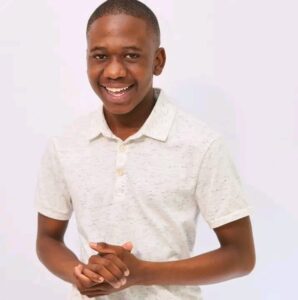