The South African actress Mandisa Nduna is best known for playing the lead character Thuli in the eKasi+ drama series Hustle. She was born in Durban on 31th of December 1990. Her age is 32 years old as of 2022.

Career as an Actor and Musician

She originally gained notoriety in 2011 when she advanced to the final four of the SABC1 reality competition series Class Act. The grand final, which was broadcast on Saturday, July 16, 2011, featured her and Pallance Dladla losing to Tumie Ngumla and Abdul Khoza.

In the 2014 movie Between Buddies, which is about a group of college friends who reunite at a posh game lodge in KwaZulu-Natal, Mandisa co-starred with Siyabonga Radebe.

She appeared in Neil Coppen’s theatrical adaptation of Animal Farm that same year alongside an all-female ensemble. The Playhouse in Durban hosted the show in 2014, while The Market Theatre in Johannesburg hosted it the following year.

Additionally in 2014, she played Pinky, an overly ambitious aspiring model who is determined to achieve fame at any costs, in the episode “Tough at the Top” (Season 5, Episode 28) of the e.tv drama anthology series eKasi: Our Stories. She determines that the fastest route to success is to fake her own kidnapping with her boyfriend in order to gain attention.

She starred in the 2015 Mzansi Magic original film Thank You Miss, about a dedicated teacher who must defy a society that is deeply rooted in traditional patriarchal norms in order to protect a bright student from the practice of “ukuthwala.” On Saturday, January 23, 2015, Mzansi magic premiered the television movie.

In the eKasi+ drama Hustle, which follows a has-been diva (Brenda Ngxoli) as she starts what will turn out to be a difficult climb back to the top of the charts, she won her first leading role in television in 2016. 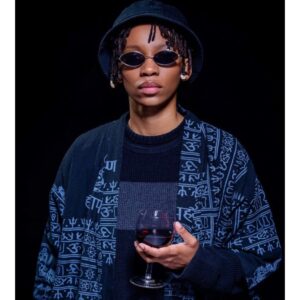 ● eKasi: Our Stories – Season 5 as Pinky

Thanks to South African freedom of expression. Anyone can be whoever they want to be. In real life Mandisa is a Lesbian. It’s evident, if look at some of her pictures.