Mikateko Hlabangane was born 19 September 2000. She is well known for acting on Scandal as Mary Maswanganyi.

Biography profile of Mary from Scandal

Known as: Mary from Scandal

Mikateko Hlabangane is South African Actress and Engineering student. She was born 19 September 1999, she is originally from Bushbuckridge, Acornhoek. Her native language is Tsonga which she speak very fluently. Currently she is studying Civil Engineering at University of Pretoria. She got her inpiration to study engineering from her Aunt Kurisani Mashele’s footsteps. Hlabangane has been raised up in a house amongst 5 brilliant girls.

Her journey into acting career

Mikateko first appeared in the serial in 2014, when she was only 15 years old. Mikateko tells Move! that she has always loved acting, but it was a school teacher who helped her realize her dream when she realized how talented she was. 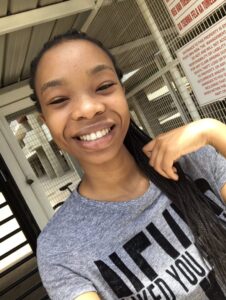 The teacher assisted the actress in joining an acting agency, and she soon landed the role of Mary.

How she balance acting and studying

SHE’S a bubbly young woman who’s spent most of her adolescent years in front of the camera, but actress Mikateko Hlabangwane, who plays Mary Masangwanyi in Scandal!, lives like any other kid when she’s not in front of the camera. The Centurion actress has mastered the art of balancing university with a demanding performing schedule. Mikateko is able to balance studying and acting due to the support of her family and Scandal! coworkers. 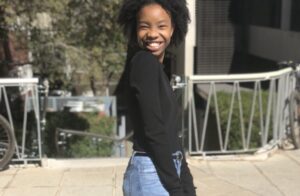 “Juggling acting and my school work is really tough, but I believe if you genuinely love something you find it in you to make it work. It’s just all about prioritising and at this point, my school work is my priority,” she says.

Mikateko describes her as Mary’s polar opposite. Mikateko is more outgoing than Mary, who is introverted and nerdy.
“Mary is smart and hardworking – sometimes I wish I was as smart as her. I feel like she’s a very uptight person and unrealistic though,”

One thing she and Mary have in common is their attitude toward men. “Just as Mary is always so concerned whether the person who wants to date her is serious or just full of games, I also wouldn’t want to be in a relationship unless it’s serious.”

Mikateko lessons about her character as Mary.

Mikateko claims that playing Mary has taught her a lot. Mary is a hostess at a club in the program, and she desired the position so she could meet high-profile individuals, as fans will recall.

But she got more than she bargained for when a video of her having sexual relations with a married guy went viral and she was publically shamed. As a result, she attempted suicide. Mikateko believes the tale taught her a lot of things, including the realization that nothing in life is easy.

“Girls compromise themselves for the sake of money. A lot of girls need to love and value themselves enough so they don’t end up choosing paths that will lead to their own downfall,” she says. “Girls must stop depending on men. Selling yourself off just so you can get money won’t get you anywhere in life. Just prioritise education.”