Mogau Motlhatswa is a South African actress and writer. She was born on the 13th of July 1992 in Limpopo near Lebowakgomo.
In terms of education, she attended Brixton’s Piet van Vuuren Primary School. During her time in primary school she was involved in athletics and sport activities. After primary she went St. Mary’s High School where she got matriculated. In high school at Waverly she studied history, drama and geography until she finished matric. She obtained her degree at University of Johannesburg for Audio-visual communication. 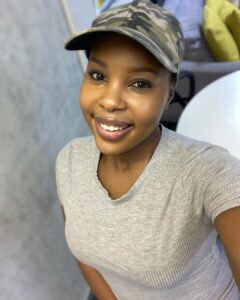 Before her interest into acting, she wanted to pursue legal studies and radio personality. Eventually she ended up into show business and found her interest to become an actress when she was introduced to theater and film.

In 2011, she joined Skeem Saam potraying character as Mapitsi. She dated Tbose and they broke up and move on with their lives. Since from high school Mapitsi and Tbose were lovers and ended up having a child. Mapitsi took a gap year due to her pregnancy. At school other pupil used to laugh at her due to her poor decisions of teenage pregnancy.
After sometime, the high school lovers got back together. They are now officially married and happily couple. 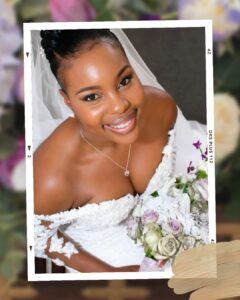 Mogau’s best friend is non rather than Amanda (Lizzy). They both act on Skeem Saam and are best friend. It’s not only on the screen but in real life. Amanda said when she needs something or in trouble she first call her friend Mogau.