Tshenolo Seabi biography, she is known as Seipati on Scandal.

Tshenolo Seabi is a South African actress and TV presenter. She was born on the 13th of April 1995 in Boksburg South Africa. This year 2021 she is 26 years old. She studied Arts and has a Bachelor Degree in Arts.

She was Indecisive about her career path.

At first she wanted to be an air hostess and she then changed that, she wanted to be a doctor. She also wanted to work with dead bodies and performing autopisies but she was scared. Then after she changed again her mind she wanted to get into forensics. All this was just wishes she didn’t manage to pursue one them but she got a Degree in Arts. 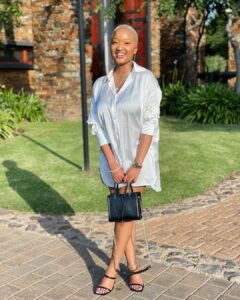 “I didn’t know that I wanted to be in the industry. I wanted to be an air hostess at first. Then that changed to being a doctor. Then I wanted to work with dead bodies, performing autopsies, but that freaked me out,” she says.

So, then I wanted to get into forensics but again I changed my mind. While doing Grade 8 I decide to do a TV presenting course and it rubs off on me. That’s when I knew I had to be in front of the camera

How did she get into Acting?

She didn’t know she wanted to be in the industry because she was indecisive about which career to pursue. From being air hostess, Doctor, working with dead bodies and and Forensics. Among the career choice she had there was no interest to become an actress.While she was in Grade 8 she decided to do TV presenting course and she likes it. In Grade 10 she did her first play as a presenter. At that time she knew that she had to be in front of Cameras. 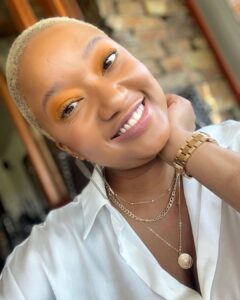 Due to her interest in TV presenting, she began her first presenting on Selimathunzi. After she was also presenter on SABC 1 You TV. In 2017, she got a chance to be starring in Mzansi Magic telenovela Isithembiso as Palesa Kunene. She also acted in some of the drama on etv eKasi : Our Stories.

Currently, she is acting on Scandal as Seipati. She is mother to Tebello whom she left in the care of her late mother MaBetty. The child was adopted by Yvonne and later her Mom came after Yvonne left to Canada. Seipati came and took Tebello from the care of Lerumo. Luckily the child agreed to live with her although they were struggling. Cutting the story short, Lerumo and Seipati are now couple, they are looking after Tibi. And Tibi is very happy he had both parents even though he lost his father in a battle.

Who is Nolo’s boyfriend?

Nolo is in a relationship with Mpho Sibeko. Her boyfriend is also an actor. A lot of people knows him from different drama and series. He acted on Gold diggers as Lucky. Currently he is acting on the Estate as Dumisani.

Her car was stolen at the parking lot when she was in a meeting in Johannesburg. What happened is that she got a message from her tracker on her phone that her car was somewhere in Diepkloof. After that she ran to the parking to check if it’s true and definitely the car was missing. The matter was reported to the police and so far there is no news if she found her car.