From: Mokopane, Limpopo in South Africa

Mphoza Mashabela who is gospel artist was born 1973, age 49 years old. He is a South African actor from Mokopane in Limpopo province in South Africa. He is well-known for acting on Skeem Saam, potrayed a character as Setati.

He made his debut when he stars in the popular SABC1 youth education soapie Skeem Saam.

On Skeem Saam he played the role of Setati, a client of motor mechanic Big Boy Mabitsela, played by Charles Maja.

At first he couldn’t believe that he got the role. He thought it was a joke.

“I couldn’t believe my ears when I received a call from Mahuma Paul Rapetsoa that I got that Skeem Saam role.

” I kept on telling him that I was not in the mood for his funny jokes.

“But it finally sunk in when he repeatedly told me that I need to come to his offices and sign a contract.

Also he used to act while he was studying teaching. He never thought his first television role will be such big.

“Although I used to act in plays when I was studying teaching, I never thought my first TV acting role will be in such a big series. 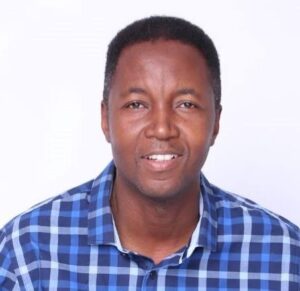 Setati faced off with Mabitsela after discovering that the latter replaced the new parts of his car with old ones.

Mashabela’s scenes beamed on the much-liked Sepedi soapie as from July 19 2018.

Besides acting on Skeem Saam, he is also a Gospel Artist. He was also a chairman of Limpopo Artist Movement.

He was married to his wife Tony. Their marriage couldn’t last longer due to cheating. Her wife accused her husband of cheating which lead to break up of their relationship. Sadly, the break up was done over the phone through whatsapp. The wife just send him the message on whatsapp.