Shahan Ramkisson who is a news anchor was born 3 February 1985 in Durban KwaZulu Natal.

Shahan Ramkisson is a South African Journalist who was born 3 February 1985 in Durban KwaZulu Natal. He is an Indian South African born news anchor on eNCA

He attended his higher education at Durban University of Technology where he obtained his degree in Journalism.

After the publication of the article, the Department of education intervened and the school principal was held responsible. Since from then, Shahan realized the power of journalism.

He started working on radio while still studying at the University. In 2007, he began his career with eNews as a field reporter. He began his career in PE before moving to Johannesburg to cover general news and, subsequently, politics. In 2013, he moved to another country to work.

Until 2016, he worked as a correspondent and anchor between New York and London. He returned to eNCA, where the rest of the story is still unfolding. 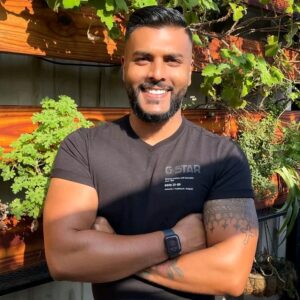 When the camera and mics are off, Shahan would turn on music and wind down.

“I love music, and I love dancing, even though I’m not sure I actually do the gwara gwara perfectly yet. Prince Kaybee, Dj Maphorisa, Busiswa, and Mafikizolo are just some of the artists on my playlist. I wake up to music and sleep to music,” he said.

In 2022, he said his goodbyes to eNCA after working with them for such a long time. Currently, he is working with Eclipse Communications. He began working there first of June 2022 as Chief Strategy Officer.

She lost his sister after contracting to Covid-19 virus. It was heartbreaking since his sister was his biggest supporter of his career. He also blamed the government for his sister’s death