Mthandeni Mbambo who has been in the entertainment industry for a long time was born 20 February 1985. His age is 37 years old as of 2022. He hails from KwaZulu Natal Province in South Africa.

He is a South African actor, dancer and song writer popular for his cameo role on Uzalo playing the MC, currently playing Thulani Sibiya on Durban Gen. He graces the small screen after a long on stage career. The stage actor has all the attributes appropriate for a great actor and fans cant wait for him to perform. 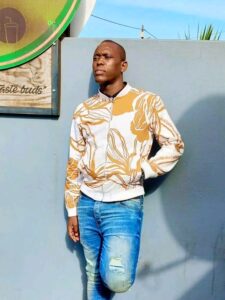 Also read: Who was Simon Sabela Mabhunu? Age and Career.

After completing his education in 2005, Mbambo plays the character ‘Prexley Ka Seme’ in Mbongeni Ngema’s theatrical, Bhambatha. Three years down the line he stars as a dancer on Sarafina’s Nigeria tour. This finds him Starring in Shosholoza the Musical portraying the character of ‘Bafoza’ which tours (Playhouse/Grahamstown Festival/State Theater) in 2009.

In 2011, Mbongeni Ngema cast him as a dancer in Stimela SaseZola, a film directed by Mbongeni Ngema. Mbambo stars in a touring production of ‘Long Way To Go’ two years later (State Theater /Playhouse Dbn). In 2011, he travels France with the 4men cast of Soweto Entsha, and in the same year, he joins 1KZNTV as a presenter for the sport show ‘Wozo dlala.’ Doors of opportunity are swinging open as a result of this TV gig.

Mbambo seizes the chance to appear in the 2013 film “Bad Throw,” playing the part of a gambler. In the same year, he gets a better part as a bartender in ‘Task Force.’ Soon after, he is offered another role and appears in Isibaya as the potter.

He then appears in Uzalo in a cameo role before returning to theatre in ‘Have we been heard?’ and Kwasukasukela (A theatre animation). He stars as Boy 2 in Ferguson Films’ Rockville 4 after realizing his affinity for the small screen.

In 2015, the talented actor appeared in a Wimpy advertisement. He directs and plays the lead character in ‘Death of The Emperor Shaka – The Musical,’ demonstrating his talent for the arts. In 2017, he directed and starred in a play called “The Devil’s Autograph,” in which he also played the lead role. 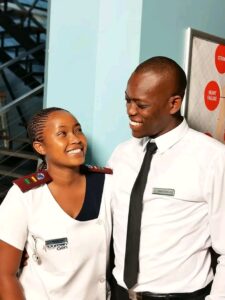 Taking to his Facebook account he wrote that his signing out. This happens after he appeared on Durban Gen Season 1 and Season. The shooting that he took was his last scene on Durban Gen. So far it’s not yet known how he is exiting the show.