Who is Sebasa Mogale ‘Dr Hlongwane’ from Skeem Saam?

Sebasa Mogale is South African who hails from Polokwane, Limpopo province in South Africa. He was born 1978, age 44years old as of 2022.

From: Polokwane in Limpopo

He was raised in Gauteng’s Waterberg District where he was born in 1978. Before relocating to Moletjie Makgofe in Polokwane, he spends the majority of his time in the little town. He later relocated to Johannesburg, where he now lives. 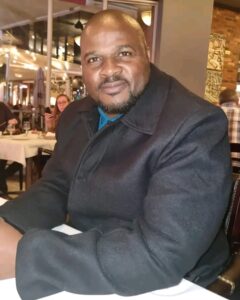 He attended Dikubu Primary School before transferring to Moletjie Makgofe High School, which is located near Polokwane. Sebasa abandoned his ambition to become a radio and television star and continued his education to become a teacher. He then taught himself a number of techniques and attitudes required to succeed in the entertainment industry. Sebasa has also studied communications and sound engineering.

In 1991, Mogale received his big break when he earned a place on Thobela FM for radio acting. From 1994 to 1996, he worked as a stage actor with the great Selaelo Maredi. This allowed him to play at some of the most prominent events, including the Windybrow and Grahamstown Festivals.

In 1998, he was cast as one of the lead characters in SABC2’s KE BONA BOLO!, and he even co-wrote the drama’s music, including the theme song. In the same year, he and his Polokwane duo band reached the national semifinals of ‘The Shell Road to Fame.’

Sebasa Mogale debuted as a guest musician on SABC2’s Bambanani TV Licence Game Show in 2000 and Afro-Cafe in 2007. From Season 1 through Season 5, Sebasa played Dr. Hlongwane in Isidingo, Home Sweet Home, and Skeem Saam as a supporting actor.

As the years passed, he continued to succeed in music, rising to the positions of choirmaster, sound engineer, master of ceremonies, voice artist, and well-known musician. Along with writing scripts, he also started directing and producing plays.

Who is Sebasa Mogale wife?

Refilwe Mogale, an entrepreneur, model, papercraft artist, and graphic designer, is married to Sebasa Mogale. She is a co-founder of “Sebasa Mogale Creation,” which concentrates on arts and entertainment, and she owns a modeling academy. Refilwe holds a B.Com degree in management sciences from the University of Limpopo and has worked for the South African Broadcasting Services (SABC), First National Bank (FNB), and Vodacom, among others. Refilwe and Sebasa have been married for 11 years and are still going strong.

Also read: Who was Simon Sabela Mabhunu? Age and Career.

He was accused of scamming an amount of R250 000. The victim of fraud reported the matter to Polokwane Police station. Due to the allegations he lost his job as a radio presenter and actor on Skeem Saam.

The radio station replaced his place as presenter until he resolved the allegations issue.

After the allegations, he released a statement where he defended himself about this issue of being a fraud. He also mentioned that he is going to sue whoever tarnished his name.