Who was Simon Sabela Mabhunu? Age and Career.

Simon Sabela Mabhunu was a the first black South African Director. He was born 10 March 1931 and died 1 January in 1994 at the age of 62 years old. The uDeliwe director who came from Durban KwaZulu Natal in South Africa was known as the best actor.

Who was Simon Sabela Mabhunu?

He began performing in 1960 and became South Africa’s first black film director in 1964. In his career, he directed 34 films. He was also a producer and actor.

In 1991 and 1993, he played Mfundisi Makhathini on UDeliwe, Lefty Ndaba, a shady businessman on Ikati Elimnyama, Xaba The Lawyer on Ifa LakwaMthethwa, Dlothovu Luthuli on KwakKhala Nyonini Part 1 and Part 2 in 1991 and 1993, and Cetshwayo on the Shaka Zulu Drama Series. 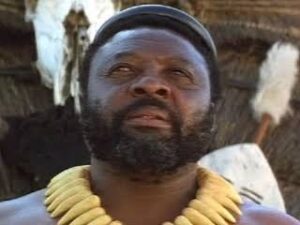 This was a man of many talents. He was set to play James Mkhize, the security guard and hostel citizen, in Emzini Wezinsizwa Season 1 in 1994 until he passed away.

The Simon Mabhunu Sabela Awards, which take place every year in Kwazulu Natal, were named after him in honor of his history as South Africa’s first black film director.

On March 10th, 2022, he would have turned 91 years old if he were still alive. Because of him, there are numerous black film makers in South Africa today. May his soul rest in peace for a long time.