Selby Mkhize biography, age and she is known as Lulu on Imbewu.

Selby Mkhize is a South African Actor, Voice over artist, Presenter and Radio personality. He was born 13 May 1989 in KwaZulu Natal and he grew up in Amaouti, Verula, in the North of KwaZulu Natal. This year 2021 is 33 years old. In terms of schooling, he matriculated from Mount View High School. Due to financial crisis he failed to further his studies to higher level education.

After their parents split, him and his two siblings brother Skhubuso and his sister Ayanda were raised by his mother and grandmother. His two siblings and him are born from different fathers but same mother.
Although he was raised by his mother and grandmother his father was alive but not present. His father Sipho Gina has almost 17 children with different woman. Unfortunately he died in 2019 from unknown diseases. Selby said he met about 6 to 5 of his father’s children. Prior to his father’s death, in 2013 his mother Zandile Mkhize passed away. 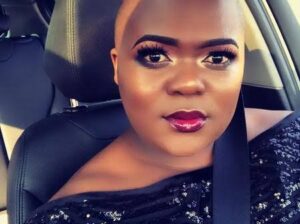 Also read: Gay actors who confused men with their beauty.

After he matriculated he moved to Johannesburg were he joined a casting agent that teaches skills for Television and Radio. The casting agent skills opened opportunity for him to be extras in soapies such as Generations. Selby spent sometime in Joburg and then returned home in Durban. When he went back home that’s when he auditioned to become a voice of Gagasi FM breakfast show in an advert. He also did recordings for KZN’s youth station. His talent lead him to become part of Gagasi FM family where he hosted gossip features and weekend programmes. 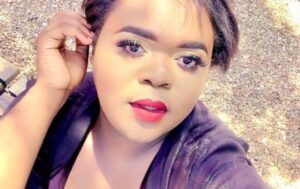 Selby journey to radio personality didn’t end there. He decided to volunteer at Ukhozi FM as a Contributor in a gossip feature on the weekend. Since from there, he now co-host the drive time show 3pm-6pm, Woza Nabangani Bakho from Mon-Fri. In 2020 he hosted on Umdeni on MojaLove Dstv channel 157.

He acted on Generations as extras. In 2021 he got a role to play on Imbewu. He potrayed a character as Lulu Mtshali. His character is related to who he is as a gay male in the entertainment industry.

How he came out as a Gay.

Selby kept his sexuality as a secret to avoid bullying by other people. So his grandmother suspected something about him and was closely looking at his every move. So she sent a neighbor to ask him if he was a gay or not. Then Selby decided to reveal the secret and told her grandmother that he was a gay. His grandmother cried but she decided to support her grandchild for who he is.

As life goes on he met someone who loved him so dearly. It was his first ever lover because since he was born he never dated any girl. His interest was into guys so he was just luck to find a partner. Unfortunately the boyfriend died in an accident and that left Selby broken. Since his boyfriend died he never dated again because he still love his later boyfriend.