Known as: Mondli on Uzalo

Thembinkosi Thwala is South African Actor and MC. He was born 27 February 1987 in KwaHlati Mahlabatini in KwaZulu Natal in South Africa. The actor Mondli, Uzalo age is 35 years old as of 2022.

Before debuted into acting, he started by working at Checkers in Eastgate. He used to pack goods in Checkers. When the store was closed, they would come in and place products on the shelves. The shift was starting from 6pm until 6am. At checkers he was earning R2300 which he used to take care of his family.

“When the store closed, we’d come in and place products on the shelves, and we’d get in at 6 in the evening and pack until 6 in the morning,” Thwala says. 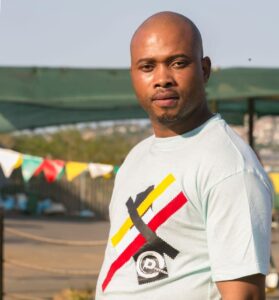 Thembinkosi kept on working at Checkers but he knew that it was not forever. So during his spare time he attended acting classes. He has always been an actor since from High school.

His career in acting began when he appeared on Rhythm city, Rockville and Generations the legacy. These were just small roles but they took him somewhere. After that Thembinkosi got a role to act on Uzalo as Detective Mondli.

Also read: Lilian Dube confesses “I used to work as a s*x worker,” .

The role of Mondli from Uzalo

The aspiring actor portrays “Mondli,” a law enforcement officer, and he is a hottie who never fails to charm his audience. He is the Head Police Captain, and he appears to possess charms that Zekhethelo, Nosipho, and Lilly are unable to resist. Mondli has recently stepped down from his position as Captain, and Detective Nyawo is ready to take over.

Mondli, Uzalo girlfriend or wife is not yet known but he has two children. Either there is wife or a baby mama for those kids. 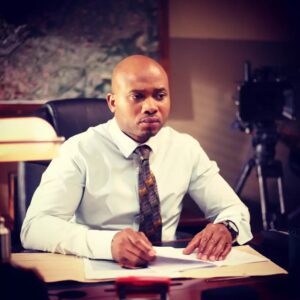 Thembinkosi Thwala net worth and salary.

Thembinkosi has a long way to go as a developing actor before his net worth is assessed. He, on the other hand, is paid between R20 000 and R30 000 every month. It appears that things are looking well for the actor, who used to make R2 300 as a Checkers packer.