Known as: Kehla on Uzalo or Smangaliso Xaba on Diep City

Thobani Nzuza who was known as Siyabonga Xaba on Diep City is a South African Actor, Director, Producer and Writer. He was born in uMlazi KwaZulu Natal on the 4th of May 1993. The Uzalo actor Kehla age is 29 years old as of 2022. 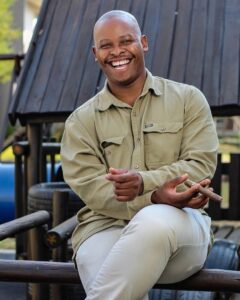 He is well known for his lead role in the Mzansi Magic drama series eHostela as Mdeni.

He began his career in the arts in 2010 at a community arts centre in Umlazi, KwaZulu-Natal, where he studied under Buhle ‘Bo’ Mlazi.

Silencing the Hurricanes by Themi Venturas, his first professional work, premiered in Bangkok in 2014.

Also read: Siphesihle Vazi biography AKA Mlungisi on the Queen.

Thobani also wrote and directed Shintsha Guluva for the Isigcawu Festival in 2014 and got the Best Director award.

He was nominated for Best Supporting Actor at the Durban Mercury Theatre Awards in 2015 for his performance in Menzi Mkhwane’s production Secret Valley of the Great Kings.

In the same year, he wrote his first one-man show, Boy Ntulikazi, with Kagiso Tsimakwane, which he directed, acted in, and later published. 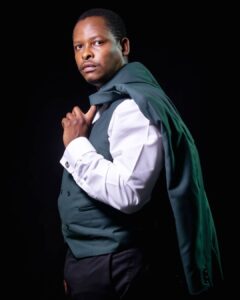 In 2016, Thobani performed in Much Ado About Nothing, directed by Debbie Lutge, during a Shakespeare festival in Germany (Folkwang Universität der Künste).

In 2018, he made his television debut in the Mzansi Magic drama series eHostela, which follows two brothers and their father as they operate a strong and hidden organization in a worker’s hostel. The show premiered on January 6, 2019.

Later in the year, he won his second television starring role, this time in the e.tv supernatural telenovela Isipho, which premiered on July 1, 2019.

In 2021, he acted on Diep City as Smangaliso Xaba. A businessman who is all about empowering black business. 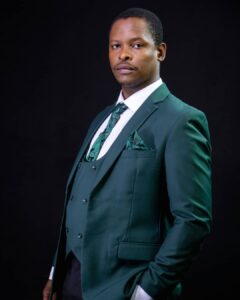 Thobani Nzuza on the Black Door

Chuma Sokhulu, played by Thobani Nzuza in 2022. He is a charismatic pastor, living a double life to provide for his family. He would do whatever it takes to live the dream he and his brother always had. He is also well endowed with a Midas touch when it comes to sex. The fact that he is a pastor makes him very popular among different clients.

There is no information he revealed about his wife or girlfriend but he has one. Which means there is a baby mama or wife.

His net worth is not yet revealed but he has multiple sources of income besides acting.