Noxolo Mathula AKA Lily from Uzalo

From: KwaMashu, Durban in KwaZulu Natal

Known as: Lily from Uzalo

Lily from Uzalo real name is Noxolo Mathula. She is South African Actress, Model and Musician. Born in KwaMashu in KwaZulu Natal on the 31st of December 1993. She relocated to Umhlanga Rocks from KwaMashu.

She matriculated in 2011 at Parkhill High School. After high school, she went to apply to study at AFDA where she obtained her degree in motion pictures and live performance. 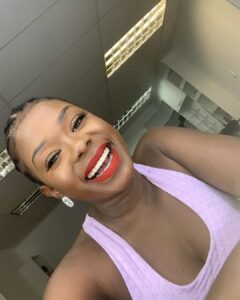 On Mzansi Magic series eHostela she acted as Fikephetwe in 2018. She became famous with her role on eHostela since she acted in both seasons of the drama. Just because of her character on eHostela, she won an award for Best Supporting Actress Award at Simon Sabela Film Awards in 2019.

She also played a supporting role on Ifalakhe as Phikiwe. In 2020, she got a role to act on Uzalo as Lily and she became a cast on regular basis. 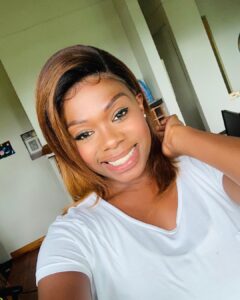 Noxolo Mathula as a Musician.

Besides acting she is also a musician. She became part of Clash of the Choir. In the Choir she was representing KZN with her choir master Busiswa.

Her business side hustle

In real life, she is an actress and a businesswoman who has launched her fast food franchise “Hot Dogs by Noxolo” and is raking in the cash. Many were taken aback by Noxolo’s side hustle of selling hotdogs, but it encouraged the girl child. Despite her celebrity and wealth, the gifted actress isn’t afraid to work for a living and sells hotdogs on the streets as a side job.

In 2020 she bought a new house.
According to real eastate agents Prime Propertysa website, Noxolo’s house costs R1.8 million and details are not available on the payment method she used to acquire the property. She has not yet revealed anything about her relationship status. Either she is married, single or in a relationship.

Noxolo Mathula salary and net worth

The speculation about Jacob Zuma being Noxolo’s father began when she posted a picture with him. She didn’t caption anything on the picture. Some people were commenting about how they lookalike. After all she didn’t confirm anything about being Zuma’s daughter. We can just say it was just picture until we got full information from the horse’s mouth.