Vuyo Biyela biography AKA Mlilo on the River.

Biography profile of Mlilo on the River

Known as: Mlilo on the River

Vuyo Biyela is a South African actor and musician. He was born on the 22th April 1995 in Umlazi, KwaZulu Natal. Currently he resides in Durban KwaZulu Natal. He has a son and daughter, his wife is not yet known.

His high school was attended at Wentworth Secondary school. He went to Durban University of Technology to study theater.

His first appearance on Television was on the Film called Salamina. He played the role while he was doing third year at the University.

He also made a appearance on Durban Gen, potraying a character as Detective Mbhele. Also he acted on Double You, a short film directed by Othembele Nomgca.

In 2022, he joined the River as Mlilo, the son of Bukhosi Hlope (Bheki Mkhwane).
Getting a role in the multi-award-winning musical is a dream come true for the actor, who has previously been in theatre performances.
“Sometimes I feel like it is a dream,” he said. 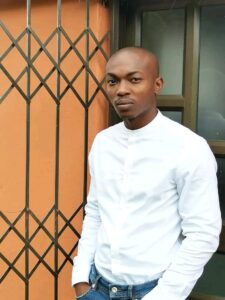 Vuyo Biyela as Mlilo on the River

Speaking about his character, Vuyo said: “Mlilo is a broken man. He didn’t grow up with his father because he was at war. He had to drop out of school to help his mum because they had very little. Another thing that breaks him is that when his father finally comes home, he starts a relationship with another woman and leaves his mum.” 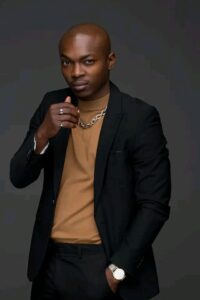