Who is Fezile Makhanya? Age, wife, wedding pictures and net worth.

Biography profile of Mnqobi Luthuli from the River.

Known as: Nkosinathi Cele from Gomora

Tv shows: the River and Gomora

Personal life history of Tebogo from the Queen

Who is Fezile Makhanya? Esikhawini, currently known as Esikhaleni in Kwa-Zulu Natal, was the little town where Fezile Makhanya was born and nurtured. He was born 13 July 1984, age 38 years old as of 2022. Friends refer to him as Fezile or Gcwabaza. He developed a passion for sports when he was a young lad, especially rugby and athletics.

He traveled to Johannesburg in search of greater exposure after holding the athletics and rugby records for more than a decade. His parents, who come from an entrepreneurial background, encouraged him to pursue a business degree and a part-time job in addition to playing sports.

So he studied Investment Management at the University of South Africa, class of 2009.
Fezile has a bachelor’s degree in commerce from UNISA with a focus in financial risk management. He has also passed the registered persons exam for stocks. Financial markets are another one of his great loves. 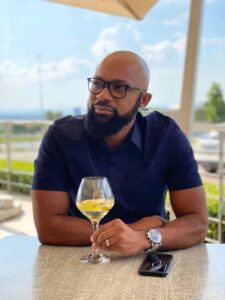 Then Fezile began investigating the entertainment sector, making his debut in a Ricoffy commercial. Later, he worked as a Channel O VJ.

He has appeared in a variety of television programs, including the criminal drama Jozi Streets, the e.tv soap opera Backstage, Generations and Gaz’lam on SABC1, and Zone 14 on SABC1, where he plays the lead character Sbu.

After a statewide quest to identify six new presenters, he was selected as a SABC1 brand ambassador in 2006. On July 1, 2006, he started working as a continuity presenter. He entered the “Multilingual” category.
In 2008, his contract was terminated as a result of SABC1’s decision to stop using continuity announcers.

He co-hosted the SABC1 magazine show Countdown 2010, which debuted on June 10, 2008, with Lebo Motsoeli and Eugene Khoza. The program’s goal was to keep South Africans informed and involved in the buildup to the 2010 Soccer World Cup, the largest sporting event ever to take place on the African continent.

From June to September 2009, he served as the host of the e.tv. sports game show No Sweat Golden Goal.

In the 2010 season two episode four of the e.tv drama series eKasi: Our Stories, “Sugar Mommy,” he played the character of Ben.

He guest starred in an episode of the Mzansi Magic telenovela iNkaba in 2012, and he presented the second season of the ONE Gospel reality show Shine in 2011.

In the third season of the Mzansi Magic drama serial Rockville in 2015, Fezile played the lead character Sandile. The next year, he made a cameo appearance in Season 4.

In the lead character of Kuti Daniels for the third season of the SABC1 drama series Tempy Pushas, he took over for Sdumo Mtshali in 2016.

Together with Kope Makgae, he co-hosted the SABC2 game program Fundis in 2017.

● No Sweat Golden Goal – Season 1 as Host – Himself

● The Queen – Season 2 as Tebogo Ncube

● The Queen – Season 4 as Tebogo Ncube

● The River as Mnqobi Luthuli

Who is Fezile Makhanya wife and children.

Fezile Makhanya wife’s name is Nondyebo Dzingwa. Makhanya and his wife got married in 2012. They walked down the aisle clothing in traditional wedding out fit. The couple has one kid together who is still young and it’s a boy. 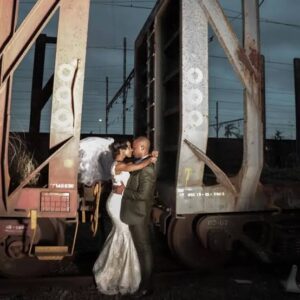 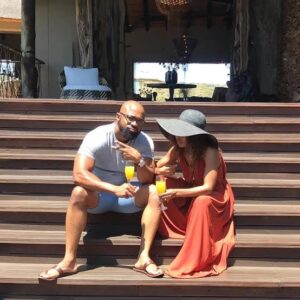 For 14 years, Makhanya has been able to seduce Mzansi with his magnificent beauty and seductive voice. In South Africa, he is now well-known for his contributions to the entertainment industry. The estimated wealth of Fezile Makhanya is $400,000. Along with his earnings from show business, he co-owns a financial marketing company with his wife, which further increases his net worth. 1