Fumani Shilubana is South African Actor and Producer who was born 22 March 1980. His age is 42 years old (2022). He is best known as Detective Dabula on the SABC3 soapie Isidingo.

His most well-known films include Zama Zama, My Father’s War, and Kalushi: The Story of Solomon Mahlangu. He is the founder of FatherFigureZA, a Foundation that seeks to reintegrate men into families, as well as the former Chairman of the Midrand Heat Basketball Club. On May 6, 2022, they launched Yerhu News, a Xitsonga news bulletin that airs on YouTube every Friday at 19:00.

He began playing basketball at the age of 15, learning the rules of the sport after his mother bought him a book on the subject. At the age of 19, he participated in basketball trials at the University of Limpopo and was chosen to play for Limpopo Province’s men senior team in the annual SASSU games tournament in Cape Town.

After graduating from Mathews Phosa College in Mpumalanga in 1998, Fumani Shilubana entered at the University of Venda in 1999 to pursue a Bachelor of Science (BSc) in Agriculture, although he never finished his studies there. He began studying Industrial Engineering at Tshwane University of Technology in 2000 but left to pursue modeling in Italy. After enrolling at South Africa’s Speech and Drama Program, he decided not to go either in Italy. 1

He met his mentor and friend, playwright/director Mpumelelo Paul Grootboom, when he joined The South African State Theatre’s Development Program (52 Seasons) in 2002. Mpumelelo Paul Grootboom has taught Fumani everything he knows. He performed in his first play for a living in 2003. (Julius Caesar and Maru as a school set work).

He continued to perform in numerous performances at the State Theatre, including the 2009 premieres of the Welcome to Rocksburg trilogy, Telling Stories, Interracial, and Relativity’s “township stories.” 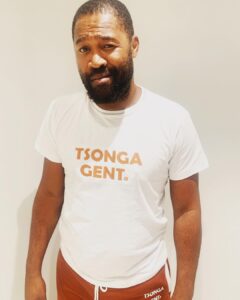 Some of the plays have traveled to South Africa, Austria, Belgium, Germany, the United Kingdom, Poland, and Holland. At the 2006 Naledi Awards, Fumani was nominated for Best Supporting Role for the play Relativity’s “township stories.”

Prior to Generations, he was well-known for his performances as Detective Nataniel on SABC2’s drama series Hillside from 2006 to 2008 and as Dr. Mokhethi on SABC1’s soap opera Generations from 2008 to 2009.

He appeared in several TV shows, including Soul City (SABC1). Also he appeared in Death of a Queen (a Shakespeare in Mzansi mini-series and Muvhango.

He made his film debut in the film Zama Zama in 2012. In 2013, he starred in the SABC3 sitcom Let Heaven Wait as Mountain, the inept caretaker at the retirement home who is an accident waiting to happen.

In the same year, he starred in the Mzansi Magic miniseries Naledi, and in 2014, he starred in the SABC2 thriller series Thola as Rudzani Makwarela, a successful building contractor whose shady dealings leave his family fighting for survival while he lies in a coma.

He appeared as a guest star in the third and final season of Mzansi Magic’s soapie Zabalaza, as well as in Kagiso Lediga’s comedy series The Mayor.

Also he performed in the television drama Giyani: Land of Blood. He portrayed the character of “Vukos Moyo” in the show. After the series came to an end, he created and oversaw the Mafanato series.

Also read: Who is Wiseman Zitha? Age, wife, wedding, and Net worth.

Career as a Director and Commercials.

Fumani produced and directed Mafanato for Ritevac TV, a black-owned streaming service, and Showmax in 2020.

Shilubana is also a co-owner of Xiculu Multimedia, as well as a creative director and shareholder of Shiluva Film Studios. In 2021, he created, produced, and directed Timbita Ta Le Vuxeni, a docu-reality series about how Vatsonga cooked food before western influence, through Xiculu Multimedia.

He is also a co-host of the podcast “Being Tsonga in SA,” which is also produced by Xiculu Multimedia.

He has also appeared in advertisements for Sun International, Hollard Insurance, and Hyundai. In 2009, he received the Mama Beka Community Award, which is given to individuals who have made their Province a better place through their achievements.

He paid lobola to his future wife on October 31, 2016, in Joppie Village, and on December 22, 2017, he married Nomathemba Olivia Ngobeni in a private ceremony at African Pride Mount Grace in Magaliesburg. He is the father of two children: Nganakati-Nsuku, a daughter, and Vulani, a son.

● Death of a Queen – Season 1 as Tsaroga

● eKasi: Our Stories – Season 2 as Emmanuel

● Saints and Sinners – Season 3 as Zwelethu