David Genaro ‘Jamie Bartlett ‘ passed away. He was well known for acting on Rhythm city.

David Genaro whose real name Jamie Bartlett has died at the age of 55 years old. The news about his passing was anounced by a close family member to media channel Enca.

The well known news media Enca anounced the passing of legendary. It’s not yet known what killed Jamie Bartlett AKA  Genaro on Rhythm city.

Jamie Bartlett was known for acting on Rhythm city as David Genaro. His passing its a shock to all South Africans. 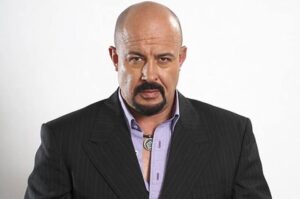 He was acting on Rhythm city as a villain for a very long time. Before Rhythm city came to an end, his character was killed on the drama series. It was very sad since most had fallen in love with his character.

After he left Rhythm city, some people stopped to watch the Telenovela drama because the starring was gone. Later, the drama ended and was replaced by House of Zwide.

In 1966, he was born in Maidenhead, England, to a South African mother and a British father.

Bartlett is well remembered for his roles as David Genaro in Rhythm City and Mike O’Reilly in Isidingo, among others.

At the University of Cape Town, Bartlett studied speech and theater.

After appearing in a number of international and domestic films, his first major part was in the American Ninja 2 film.

Many honors were bestowed upon him over his career, including a South African Film & Television Award and a Fleur Du Cap Theatre Award.