Known as: Calvin on Durban Gen

He didnt further her studies because he drop out. Bheki always wanted to become an actor but his family persuaded him to study teaching because they didn’t want him to be an actor. So after matric he applied to study teaching at University of South, which he dropped after studying for 6 months. After dropped studying, he went to look for a job as an actor. He went to Proteas Hotel in Durban, looking for job while marketing for professional acting career. 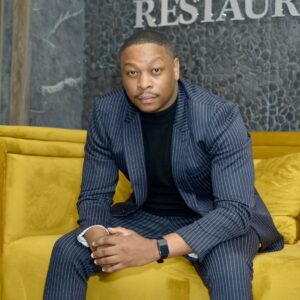 In the year 2010, he got a role to act on Mnyango wesoku Vakasha. The role opened more opportunities because since then he continued acting. After sometime, he decided to quit his job and focus on acting. He then moved to Johannesburg after quit his job. Bhekisizwe got a role to act on eKasi our stories on e.tv. All these time he never told his family about leaving studying. His family discovered the secret after they saw him acting on eKasi on e.tv. Since then began pursuing acting as his career. 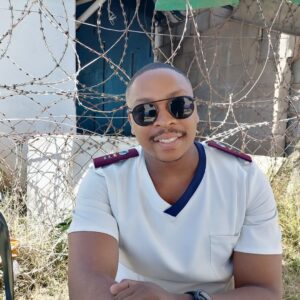 Bhekisizwe has appeared as a nurse on Soul City, Sokhulu and Partners, Rhythm City, and Promise. In the SABC1 drama series Shreds and Dreams, he played Nkanyiso, Nonto’s kid who had to deal with the guilt of being a rape victim. The actor is well renowned for her role as Sporoporo in the Generations: the Legacy series. Bhekisizwe Mahlawe is now starring in the etv drama series Durban Gen as Calvin Gumede. Dr. Mbali Mthethwa, played by Nelisiwa Sibiya, is his co-star.

Mzimcool is a clothing brand owned by Mahlawe (this sounds like it was derived from his himevillage in uMzikhulu). He also runs a company called Borrowed Time Media, which he uses to host parties.

There is no information he revealed about his wife. As we assume there is baby mama or wife because Bhekisizwe has a child.
He has one child he posted on Instagram and he wrote
” No father is perfect but we can only try and fix our fathers mistakes by perfecting our actions towards our children so that history doesnt repeat itself, ” he captions the picture. 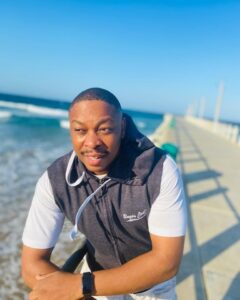 There was a storyline where by Calvin, Durban Gen was shot at Durban Gen Hospital. He survived the shooting and was not leaving the drama. Most people were so concerned that he will leave. Until today he is still appearing on Durban Gen.

His career is on a streak and is bagging roles like a pro. The Durban Gen role and other aforementioned roles are making him a handsome dollar. With a net worth of $150 000, he is living his best life.