Known as: Ashanti on Keep Score

Shalima Mkongi whose occupation is an actress, presenter, dancer and voice over artist is a South African. She was born on the 4th of June 1991, age 31 years old as of 2022.

Shalima graduated from Parklands College High School in 2009, after which she attended AFDA and the Waterfront Theatre School. She then pursued a BA in Theatre and Performance at the University of Cape Town, where she received her degree in 2015.

She is most known for her part in the SABC2 telenovela Keeping Score as Ashanti, Justice’s younger daughter (and Botho’s sister), who is the pampered, wild child apple of her father’s eye. It was her first television leading role.

Her debut television acting role in 2016’s Keeping Score, the first-ever telenovela on SABC2. Ashanti, who plays the problem child in the family, was constantly trying to get her father’s attention by acting out. She has dabbled in anorexia, promiscuity, and later alcohol and cocaine.

In plays including The Crucible, Titus Andronicus, A Raisin in the Sun, Kill Me Please, Wounds to the Face, and Stranger Hear Myself, she has performed.

Also she was a guest presenter on the SABC2 youth program Hectic Nine-9 was Shalima. 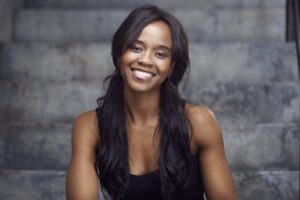